Meet our new friend. This is "Bobo Monkey." 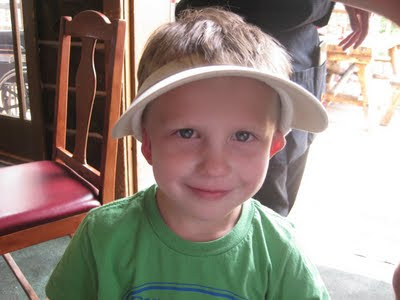 For coming up on a week straight now, this little man has insisted upon calling himself "Bobo Monkey" and as such has consistently referred to himself in the third person.

You make the call: disturbing trend or normal developmental phase? 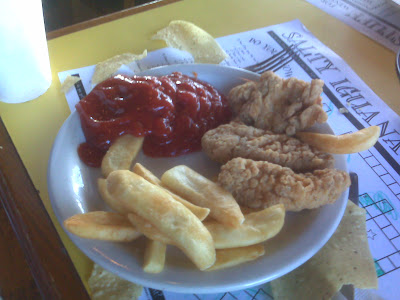 Do you know that when you employ the googles and the interwebs to search for the word "Colorado" in a song title, you'll come up with 31 of them?* There might be a reason for that. It's kind of beautiful. I get to vote on that since we just made the trek across I-70 to get there.

We journeyed west so Mark could meet up with a friend from his college days and ride in the Triple Bypass bicycling event. This day of riding takes participants from Evergreen, CO to Avon, CO, over three mountain passes. (One of my co-workers asked me several weeks ago, after looking at my Outlook calendar to schedule a meeting, if my husband was having surgery...)

The original plan, or lack therof, called for Mark to drive out a day or two in advance, do the ride, then come home. After some discussion about the logistics of him actually doing all of that alone, we decided the boys and I would go along and we would make a vacation of it. My first call after we reached that decision was to our travel agent, my dad, to inquire about how he finds such great condos time after time. Next thing we knew we had a two bedroom, two bath place selected in Frisco and we were all going to watch Mark attempt a very long bike ride over very tall mountains. A roadtrip was born.

The Henderson clan loaded up the gold truck last Tuesday and hit the open road, with about three cubic centimeters of room to spare in the car. Grandpa and grandma detoured to southwest Kansas to deliver great-grandma for a visit with her sister. In our car we had a bike, a toolbox, a bike paraphernalia duffel, four suitcases, two backpacks, a bag of food, a bag of kid activities, a computer bag and a sleeping bag all tucked safely in the cab. If I turned just the right way I could fully extend both my left and right legs over the bag full of wipes and Nutrigrain bars. We of course needed only a fraction of what was packed, but there's something to tempting about filling all available space on a driving trip. We're like boy scouts, I tell you.

We arrived in Frisco on Wednesday at noon and between then and Saturday night we packed in a fair amount of hiking, chipmunk feeding, paddleboating, alpine sliding, rock climbing and chairlift riding during four-and-a-half days. Mark and I both were able to catch up with college friends we see relatively infrequently and in there we also celebrated Andrew's 6th birthday and Mark rode his bike for an insane amount of time.

I know I'm prone to rambling here - it's kind of late - so you can jump into the Flickr set on the right to see photos of all the fun for yourself. I'm thinking it's mostly self-explanatory. What isn't totally explained in pictures is how proud we all were of Mark. He rode 80 miles of the steepest stuff that real people ride and was game to go to the park with the kids when he was finished. He was also smart enough to listen to his own body. He rode Vail Pass the first day we were there on his own and knew he could do it again so when his knee was screaming "stop" at him after Loveland Pass during the Saturday event, he wisely did. For that I couldn't be more grateful!

Our boys were great car travelers this time and we would willingly get back in a vehicle with them soon. Only one time on the drive home did I have to offer $2 in spending cash at the next truck stop if they would please take short naps. (Please don't judge. It worked.)

We kind of need a vacation from our vacation, but that's alright, because the boys had a blast. They will be talking fondly for weeks about when we four shared a bedroom and grandpa and grandma "lived with us."

(SPECIAL THANKS goes out to Grandma for handling the only trauma of the trip which we'll just refer to as the random puking incident and won't discuss any further.)

* Upon further inspection I've discovered there are actually more containing "Kansas" in the title, but most of them focus on the large metro to our east, so we'll still declare Colorado the clear leader.
Posted by Susan 4 comments:

Lions and tigers and...oh my

Thomas and I were in the car this afternoon, on our way to the doctor's office to obtain a ridiculously expensive tube of antibiotic ointment for his infected bug bites. (I'm already straying off topic but if you notice your child scratching his bug bites incessantly and then notice that they're taking on new textures and that the lymph nodes behind his ears are swollen up like rocks, they might be infected. Apparently this was not obvious to us at first so I waited a couple of days to do anything about it. Again, just waiting on my mother of the year award to arrive any day now.)

Ahem. Where was I?

Yes. Thomas and I were in the car and I asked him what they were learning about at school this week. He informed me in an enthusiastic tone, that they were talking bears. We chatted along about this theme and he shared that grizzly bears are big, brownish-black and that they eat a lot.

"They eat grass and trees and weeds mostly," he said.

"Anything else?," I prompted.