Just when I thought I was as grateful and lucky as a girl can be at Christmas, our Christmas Eve took a left turn and I'm feeling a little tested.

Just to prove I can do this optimistic glass half-full thing, I'm choosing to see the positive in Andrew's stomach bug that arrived just in time for dinner and church.

Given world events in recent weeks I think we have to just be thrilled we have a relatively healthy child who will feel better within a few days. We have a warm house and a washing machine that's efficient and we can always buy more Clorox wipes. And? Mark took one for the team tonight. He stayed home with a sick boy while T and I went to family dinner and church. And? They neither one complained once. They're better men than I am woman.

Merry Christmas to all and to all a good night.
Posted by Susan 1 comment:
Labels: Andrew 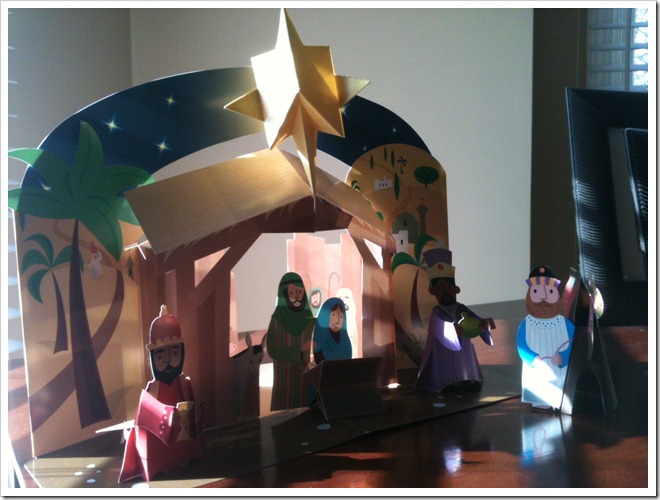 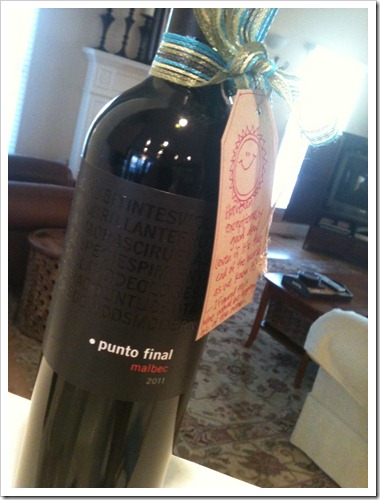 Science, for the win

Instead of making excuses (to myself? for myself?) about why it has been a month since I wrote something here, I'm going to just dive in with this little gem of a story...

Andrew had a futsal game in Kansas City yesterday in the late-afternoon (if I were making excuses about why I haven't been writing, futsal in Kansas City would appear on the list...) and we decided that while we were so close to the Plaza, we should go ahead and take the boys to dinner and to see the miles of Christmas lights there.

After a little tension about whether it was possible for Andrew to change his clothes in a moving car and a little disagreement between boys and a mom about whether gray cargo pants actually count as "dress clothes," we maneuvered through the dense Saturday night crowds and enjoyed a great meal with my parents, making the effort of changing out of soccer clothes in the car worth it.

As is the norm these days, Thomas didn't think much of the food available to him on the menu, but he apparently doesn't mind not eating. Not eating affords him more time to talk. And tell stories. And ask questions. My poor lucky mother was the recipient of most of his conversation last night because we were seated around a large round table. He commanded her assistance with word puzzles during the appetizer and her help with cutting the food he mostly didn't eat during the entree. While waiting for dessert he re-payed her efforts by offering up a little science lesson. He has been learning about solids, liquids and gasses and about other physical properties of objects.

I was half-listening as he was chatting about the properties of different things on the table but tuned in fully just in time for him to point at a wine glass and say, "Grandma. Did you know this glass is transparent?"  She responded by telling him that was correct and then said, like the good educator she is, "What's the opposite of transparent?"

Without missing a beat Thomas said, "Oh, that would be opaque." Then my mom said, "If the wine glass is transparent, can you give me an example of something that's opaque?"

He paused a nano-second, looked around the table filled with all kinds of plates and food and then reached up and tapped my mom's cheek and said, "Yes. You're opaque, Grandma!"

We decided most people are, but I think that he'll eventually learn that some are decidedly more so than others!