Things go in phases around here and right now we’re in a fort building phase. The boys spent last weekend, and much of this week, creating these structures on their bedroom floors. Thomas’ finally got so unwieldy that it toppled and then had to be put away because the 3,120 books (approximately) that had been used in its construction were obstructing the path between his bed and the bathroom. I love this activity for lots of reasons, with the chief reason being that it doesn’t involve electronics and it does involve a good deal of creativity. What I like most about it, however, is what it says about my kids and their styles.

Thomas’ fort was built with the express purpose of creating a home for all his “boys.” These stuffed animals are loved. 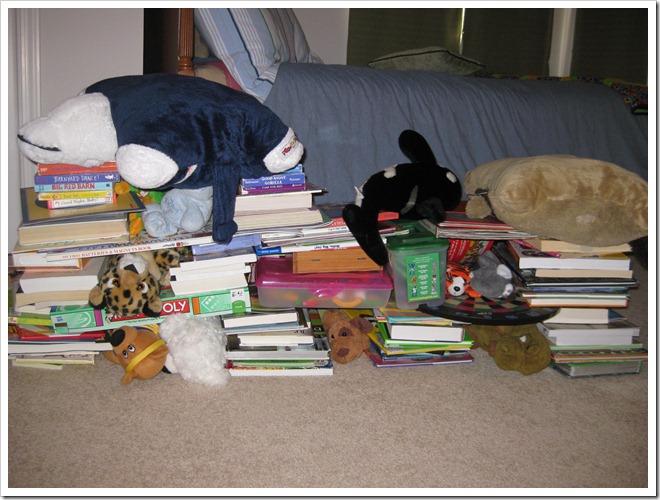 Notice there’s a bunk for each one of them and the Pillow Pets and Shamu get the penthouse. 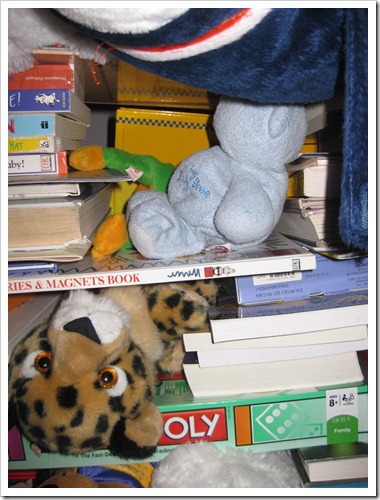 At first glance this looks ramshackle but he put a great deal of thought into this and wanted to make sure each one had his own place. The majority of the books in this creation didn’t come from his bedroom and he carried them all by himself from all over the house up to his bedroom. When it was time to put it away – since we wouldn’t have passed a fire inspection with this in a pile in the middle of his room – he dutifully carried each book back to its rightful home with surprisingly little complaint. 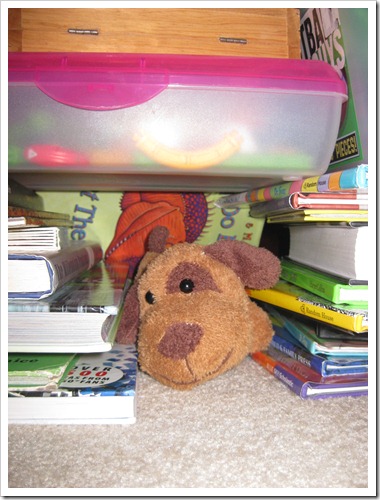 Andrew’s fort is, well, not like this one. Interestingly, though, it took him longer to construct. 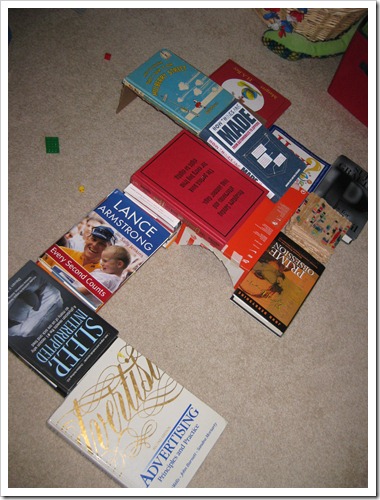 He’s more a modernist than his brother and each one of those books was chosen with purpose. He likes my old Advertising textbook because he thinks it’s an antique. (I swear. He really said it.) He likes the Lance Armstrong book because he still believes Lance to be a champion. Prime Obsession is there because it’s about math and he apparently likes prime numbers. How Things Are Made’s presence probably requires no explanation and To Think That I Saw It On Mulberry Street also has obvious meaning for him. He would want me to point out some of the lovely features of his fort, which include a garage. It’s not for stuffed animals, but for Lego cars. 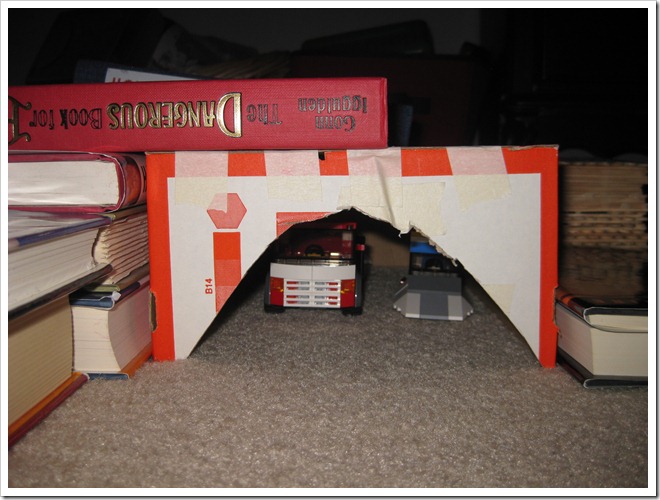 When asked to describe Thomas’ fort, Andrew described it as a “mess” and “not well planned.” Thomas is steadfast in his stance that Andrew’s fort is “small and boring.”

I love that they have each other and that – occasional armed conflict aside – they’re pretty good buddies. BUT! Won’t it be fascinating to watch them grow and conquer this world from such different perspectives.
Posted by Susan 4 comments:

With collective practices and games, the boys have to put on their soccer gear, on average, five times a week. You would think with all the opportunity to get good at it their speed from start to finish would improve. It doesn't, however. Putting on shin guards, socks and shoes takes anywhere from five to 15 minutes, depending upon what level of focus we (I use that pronoun generously) possess on any given day.

Thomas is usually much faster, but this morning when he was supposed to be getting ready for his game he was, instead, skipping around our bedroom and bathroom singing at the top of his lungs. When I finally whipped around and told him to PLEASE stop singing and put on his shoes he looked stunned and then smiled and said, "Alright, Mom. I'll do it, but I am just being joyful! What's so wrong with being joyful?"

Thomas, for the win.