Halloween is about 90 minutes from drawing to an official close and I think ours falls squarely in the success column this year. It was 72 sunny degrees today and it's a Friday. Those are both good starts toward a good day.
Andrew dressed as a very authentic-looking fighter pilot, complete with real US Air Force patches and his very own name patch as well. (Steph - I haven't forgotten I owe you some $$$.) He LOVED his costume and didn't want to take it off tonight and was delighted when a neighbor recognized him as a Air Force pilot without any prompting.
Thomas, who had for weeks insisted he would not be wearing a costume, not only relented and wore the train conductor outfit, but asked to wear it first thing today rather than waiting for the official parade to begin at school. When I left him this morning he was handing tickets from the pocket of his apron out to all his friends and his teacher was making masking tape tracks on the floor so he could conduct the group. That's a far cry from, "I no wear costume. I be TomTom." 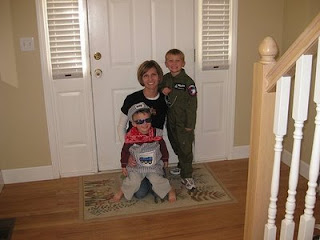 Grandma, PaRon and Great Grandma stopped by to see them in their outfits this evening and good friends came for dinner, adding to the fun. I took the boys to a few houses for actual trick-or-treating, because the 4 metric tons of candy we have here wasn't enough, I guess, and now everyone is asleep. All in all, a great day.
Happy Halloween to all!

We here at the hondo house need some advice. It's about our two-year-old. The child is a total light of my life and I love him more than words can say. But, in the words our our esteemed pediatrician, he's just a crappy sleeper.

He's awake a lot during the night and nine times out of 10 he gets himself back to sleep, but the fact remains that he's restless, he still spins 360s during the night in his bed and he has a nasty habit of waking before the sun. When describing these habits to our doctor and seeking advice she asked questions about our routine for bedtime and finally suggested that we were doing the right things but that if he were her's he would stay in a crib as long as humanly possible.

Here's where I need some quick help today. For the past four nights he's begun to mention, at first subtly, now more assertively, that he would like a big boy bed. To which I say, &@*^!#.

It started by him wanting to sleep with Andrew. Then he kicked it up a notch and said straight-out that he wanted a big bed. Now he's moved into the mode of salesman and he'll point out the deficiencies of his current sleeping situation. He'll tell me that he, "No know how to get out." Right. That was the plan. (He tells me this while demonstrating from the inside that his leg doesn't reach easily over the rail.) He has also gone so far as to run his hand along the rails from the outside and say, "I no like these."

The last important data point here is that he's gotten out of his bed one time. It was months ago and it scared him because he hurt himself, but still. He's done it. I finally told him last night that I would talk to Daddy about it and we would start working on it. His response was, "OK. RIGHT NOW. GO DOWN. TELL DADDY RIGHT NOW."

I don't really see that we have tons of options. We've got a kid, who is fully capable of escaping his bed should he choose, asking for a big boy bed. I guess it's time. It's just that the last time we did this the kid in question was so ready and we just knew that he wasn't going to wander. This time? Different kid.

I need advice. I need opinions and I need suggestions. And, I need them today! He doesn't talk a lot but he's got a good memory and he's consistent. I don't see him giving up on this one and the more frustrated he gets with inaction I'm thinking it's more likely he'll try a Houdini-style escape which would be bad.
Posted by Susan 6 comments: 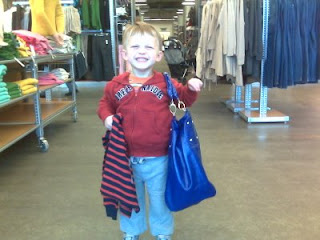 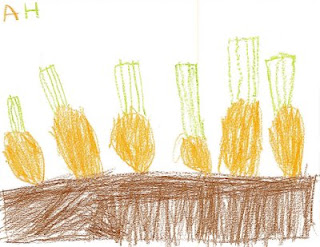 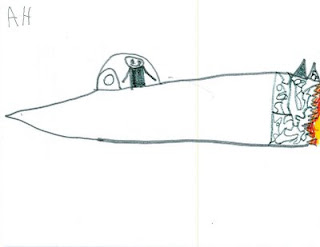 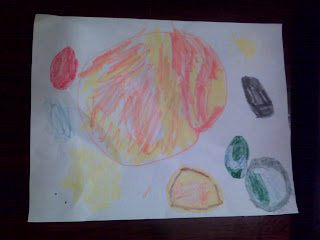