The lady doth protest too much, methinks

It turns out that my neighbors, the ones that aren't garage sale people?  They aren't, until they see one in action and then it seems they're attracted to them like moths to a flame.  Saturday was Garage Sale Day at House Hondo and from the minute that preparations began my high falutin' neighbors just couldn't stay away from the action.

On Wednesday Mr. Neighbor wandered over to compliment me on my mad classified ad writing skillz. How would he know about my gift of the oversell?  He always reads the newpaper classifieds.

On Thursday he came over to see how the clean-out was going and informed that he would never have one of these because he didn't want to have to clean his garage for strangers.  I told him he had one day left to haul his merchandise northward and he assured me that he wasn't interested - until an hour later when he and Mrs. Neighbor came hauling a child's Cozy Coupe and three enormous black garbage bags full of treasure into my garage.

I hadn't been outside for more than 10 minutes on Friday morning before he came strolling over to see how things were going. He came back two more times that day just to survey my work. Later that day someone stopped by who knew that the sale was advertised for Saturday but wondered if they could look early.  Guess what they puchased first? That's right. A Cozy Coupe.

Saturday morning came and within an hour of opening the doors, Mr. Neighbor was back for a visit. Despite my apparent finesse with the classified ad,  I really can't effectively put words to how delighted I was to hand him a $5 bill for his trouble.  He protested accepting it for about 0.3 seconds and then practically skipped back home waving his green-tinted Lincoln.

An hour later Mrs. Neighbor appeared. She brought a gift of Coca-Cola because when she sent Mr. Neighbor to the grocery store that morning he wanted to get us a treat for our trouble. She stayed for the better part of 20 minutes quite obviously totally intrigued.

A bit later we sold some more of their goodies and so, just basically to entertain myself and my mom, I sent the boys next door with another $2. They returned with Mr. Neighbor and the Neighbor Kids, who went to play in our yard. That left Mr. Neighbor back in our garage playing Chatty Kathy.

All in all the Garage Sale of 2010 was a success. We found happy homes for a lot of things that we no longer needed or wanted and people paid us to haul them away.  By 5 p.m. last night I was able to get the car back in the garage and after one more trip to a social service agency this week the mess will be completely gone.

It takes so little

I'm sometimes kind of easily amused but these moments have entertained me in the last few days.

Yesterday I reminded Andrew that his school year was coming to a close and he needed to soak up all that Mrs. Bowman had to teach him in the remaining 10 days of class. He looked at me and said without hesitation, "Oh, I would except I'm pretty sure we're done learning this year."  I assured him that probably wasn't the case and he responded by telling me that he had been watching and Mrs. Bowman hadn't taught him anything new in five days so he was pretty sure that meant he was all done.

It is surely a burden to know everything at six-and-a-half.

+++++++++++++
Mark was trying to tell Thomas goodnight and this is the thanks he got tonight. "Daddy, I don't want you to kiss me goodnight until you decide to shave off those 'worse-kers.' They're scratchy. They're the worstest worse-kers. You need to go cut those off your face."

I had my last stint as a volunteer in Andrew's kindergarten class this morning. The teacher was experiencing a technology glitch and, in an act of desperation, she asked me to play Simon Says with the kids to keep them engaged for a couple of minutes while she worked through the problem.  I immediately had 20 smiling faces glued to me waiting to see how I would perform. As I stood up, Andrew said loudly, "Oh, you guys, my mom is really good at Simon says!" eliciting cheers from his friends.

It's so good to know I have a marketable skill set for the future.

I've hesitated to document this last one because at least one grandma will likely NOT be amused but this has become the digital babybook and I need to record this for future blackmail purposes.

On the previous Saturday evening we had employed a babysitter for the boys. Apparently Super Sally was playing hide-and-seek with them and the boys were in the storage room, very proud of themselves for being someplace where they didn't think Sally would find them. (I'm sure they had been so quiet getting there that she would never have thought to look...) Andrew decided he needed to use the restroom but didn't want to leave the safety of his hideout so, in an act of genius, peed in the sump pump instead. This was, as you might guess, wildly entertaining to his brother who had kept that secret for 36 hours but couldn't keep it a moment longer.

Needless to say we had a little talk about that and I don't think he'll do it again but this has to be top of the list of things you never thought you would have to actually say out loud as a parent.
Posted by Susan 2 comments: 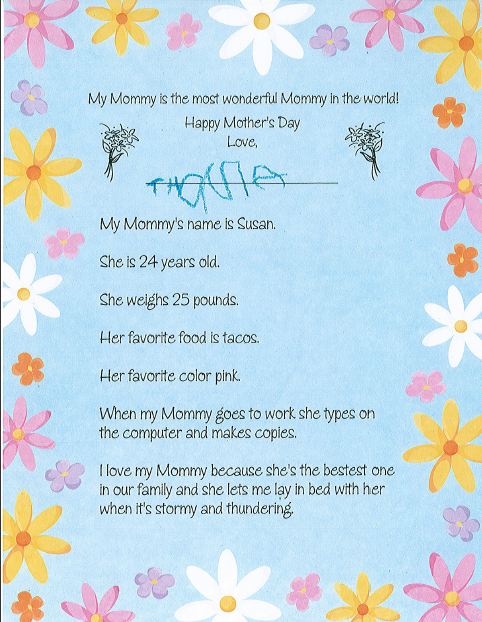 I am what I am

I'm an admitted consumer. I'm not terribly proud of that but I am also not totally ashamed by it either. I believe my consumerism to be somewhat in check since most of my wardrobe hails from either Target or Old Navy and my home is furnished primarily with family heirlooms - some more heirloomy than others, if you know what I mean.

The obvious hurdles to overcome in being a successful consumer are the ability to purge things you're no longer using and to finance new purchases.  Having hit a crossroads this winter where our storage room is completely maxed out in its storage capacity and the items on the wish list are a little more substantial than a new pair of flip-flops, I've decided it's time to hold the dreaded garage sale. I've put this off for years but I think it's a workable solution to freeing up some space around here while offering some gently used items to others who might like a good bargain and also, hopefully, generating a little cash-ola.  I'm thinking this is a really good, environmentally-friendly win-win for me and my potential shoppers.

I've set a date and have enlisted help from my mom, who is a garage-sale hosting veteran.  Because our location is not terribly conducive to cars parking on the street I thought I would mention to our neighbors - the ones most inconvenienced by the traffic disaster I will hopefully create - my plan, as a neighborly heads up. I also mentioned that if they had any interest in a garage sale of their own perhaps we could coordinate our efforts.  That was really a sidenote to my message, but just a thought.

This afternoon I found my mailbox full of mail, but most of it belonged to the aforementioned neighbor. When the boys and I went to deliver it she told me that she had received my message and thanked me for letting her know but assured me that they wouldn't be interested in having a sale that day.  I reiterated that I just wanted to make them aware of my plans from a parking perspective and was ready to walk away.  That's when she said it, with more than a hint of judgment.

"Thanks for notifying us, but we would never have a sale here because...well...we're just really not garage sale people."

Oh.  I see how it is. I apparently am "garage sale people."  I think she thought I might be dissuaded and that I might look at her differently after that position statement.

Let me assure you. I'm not and I do. So, come mid-May, the neighbors should be prepared for the Hondos to drag every last piece of junk we have right out onto the driveway. I'm thinking that the directional signs will be in neon colors and maybe we'll get Andrew out there on a loudspeaker to auction off the double stroller.  Then she'll see exactly what "garage sale people" look like.