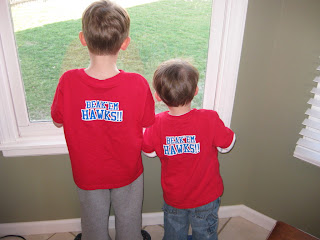 p.s. I'm starting a Billy Packer club. I wouldn't really call it a fan club so much, if you get my drift... Membership is free and the only requirements to join are that you share my lack o' love for the man's commentating and that you're willing to join me in lobbying CBS for his immediate dismissal.
Posted by Susan

I have found you, and I know you, and I will continue stalking you. Do you order number 8's at LaFam? If so, we must meet up some time soon. rock chalk.