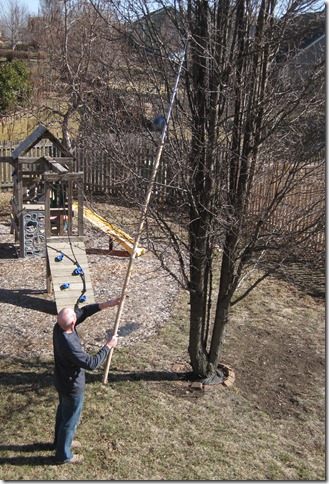 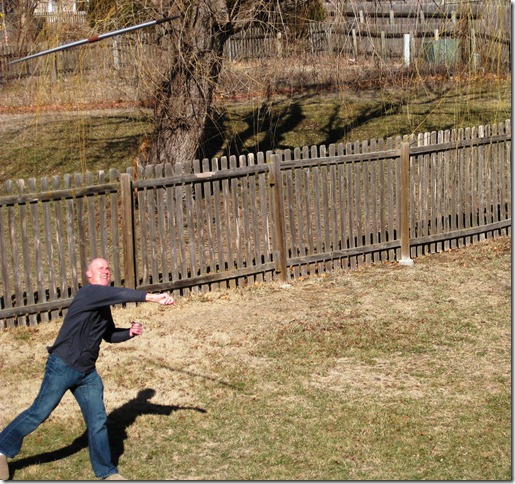 p.s. Any of you who are related to us should consider yourselves potential character witnesses should Andrew’s playmate’s parents call into question why in the world we let their child throw a javelin in our backyard today!
Posted by Susan
Labels: family, House of Hondo, parenting genius

Priceless! I'm still laughing! :-) What a wonderful glimpse into an absolutely amazing and most entertaining "afternoon with the Hondos." Keep us posted on how many kids come around wanting to learn how to throw "that really, really pointy thing."

This is FABULOUS! This is the type of stuff that makes my kids think Uncle Mark is just unpredictable enough to be awesome and that makes me want to be a fly on the wall in your house. You should win an award for the writing on this one.

Love it! This post has convinced me to forever hang on to the (extra long) oars I have in the basement that Ryan keeps trying to get rid of. You just never know! Hang in there Susan, I think boys only truly appreciate their Moms when they have kids of their own...

Ditto Stephanie. This post reminds me of the invisible friend Mark took along with you all on one of your family trips. Henry? I can't remember, but hilarious. He is an unpredictable brother as well and often surprises me to this day!