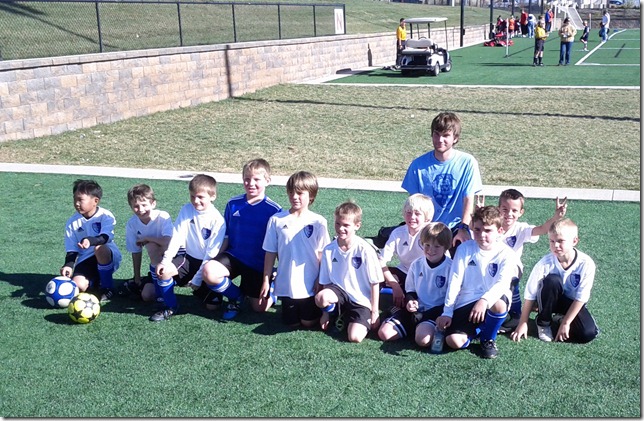 It might as well have been an Olympic win. I think he’s hooked.
Posted by Susan
Labels: Andrew

Way to go, Botafogos! Andrew, so glad you had such fun playing AND congratulations to your team for getting the Bronze trophy! Super! Kudos to all of the family members who stepped up to help in every way to make this a "win" for everyone.

CHAMPS! I'm late to the party reading this but that's awesome! Way to go, Andrew, we're proud of you.